The young lady pictured above is Uyinene Mrwetyana. She was a 19-year-old film and media student at the University of Cape Town who was last seen Saturday, August 30 at a local post office. Uyinene visited the post office that day to merely inquire about a package she was expecting, but was told to return later because the electricity wasn’t working at the postal facility at the time. Upon her return to the post office, she was attacked with a scale, knocked unconscious, sexually assaulted, then killed. Uyinene Mrwetyana went to the post office…she died just for picking up a package.

According to The South African, after days of searching for Uyinene, investigators confirmed a man has confessed to raping and brutally killing her. He also reportedly confessed to the crimes during his court appearance on Tuesday, September 3, and told investigators where Uyinene’s body was hidden. The publication reported “during the court proceedings [the suspect] turned around to face the crowd and grinned slightly. The 42-year-old man was an employee of the post office and had a prior armed robbery conviction, as well as a withdrawn rape case against him.

UCT Vice-Chancellor, Professor Mamokgethi Phakeng said, “It is incomprehensible that a young life, with so much potential, has been stolen from her family and our community. It is even more distressing that this horrible incident is one of many where women – young and old, and even girls – are ripped from our communities in such a violent manner.”

The killing of Uyinene is just the latest in a series of violence against women in the region. The kidnapping (and safe return) of six-year-old Amy-Lee de Jager and the murder of South African female boxing champ Leighandre Jegels, are just a couple of the tragic stories of “femicide” — defined by the World Health Organization as “violence against women” taking place in South Africa. In response to the deaths, the #AmINextProtest has surfaced, which is led by the ‘Am I Next’ movement. Activists, women, and children protest outside of Parliament and at the first session of the World Economic Forum in Cape Town with signs that read “Share Our Burden” and “Stop Killing Us”, calling on men, the president, and the South African population to do more to protect their women.

President Cyril Ramaphosa also expressed concern following the deaths of Mrwetyana and Jegels. “The murder of these two young women; one at the hands of a stranger and the other killed by a man who was reportedly her boyfriend remain a stark reminder that the women of South Africa are not safe, either in their homes or in the streets,” Ramaphosa said in a statement earlier this week.

We spend so much time focused on the news and what’s trending in AmeriKKKa, that it’s seldom international news gets the same media coverage. But about our black women around the world, we [mini outlets and freelancers] will speak their name! And we will tell their stories until it truly is INTERNATIONAL news. At this point it’s a plea, STOP KILLING OUR WOMEN! 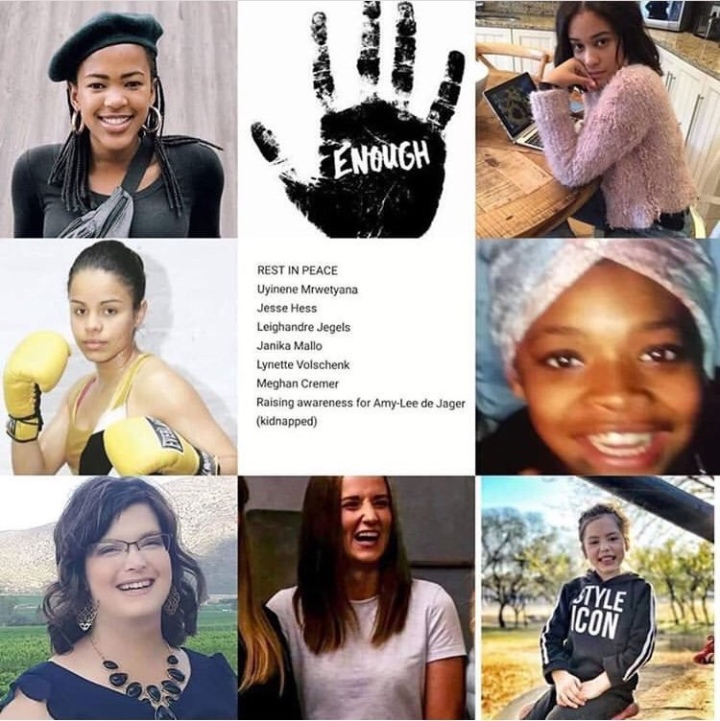