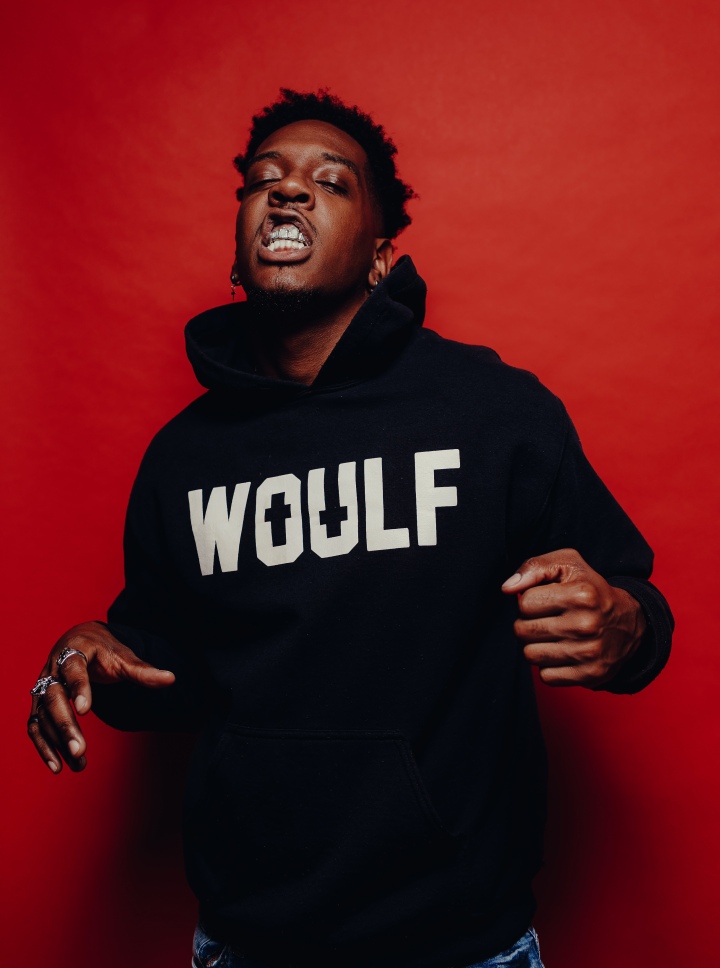 Cleveland, OH native WOULF is a breath of fresh air to the Hip Hop masses but a true hometown hero to his city. And at only 25 years old, he’s perfected his sound and craft, surpassing many of his colleagues and making him a huge asset towards putting the Northeast rap scene on the map. Still embracing the success of his 2019 single “Coupe”, WOULF returns in 2020 with the upbeat anthem “Light Show”, a self-proclamation not only to his city but to every city in the country. Check out the visuals for “Light Show”.

The young MC isn’t new to the Hip Hop scene though…he’s true to it, and has been for at least the last four years. In 2016, WOULF successfully completed his first statewide tour in his homestate of Ohio, and gained significant recognition throughout the college and nightlife scenes in the region. His movement “Rebel Nation World”, has evolved into a collective of fans and fellow artists that have the same forward-thinking creativity and passion for being heard as WOULF expresses in his music.

Recognition for his contributions to the Ohio rap scene have been plentiful in recent years, and rightfully so. Cleveland Scene Magazine named WOULF ‘Artist To Watch For’ in 2017 and most recently, WOULF earned a nomination for Best New Artist by the Legends Awards and Best Live Performer by the Ohio Entertainment Awards. Hard work and dedication helped the Indie star build a strong presence at the House of Blues in Cleveland, garnering once in a lifetime opportunities to open up for Hip Hop icons such as The Lox, Ja Rule and Big Boi.

“The moving culture of hip-hop has a special place for an architect like WOULF!”

There’s so much more in store for WOULF, and you don’t wanna miss a moment so follow the Rebel Nation World journey on the socials below: