So I watched this video from XXXTentacion for his single “Look At Me!” this morning. Prior to watching the video, my immediate thoughts were based off the opinions of others so instead of following suite ignorantly, I searched the video myself, watched it, and realized that there was an actual message to this piece of work. Now if you havent seen the video or couldnt access the clip above, I’ll tell you the most prevalent part now. At one point, there is two little boys who happen to look about the same age as my 6 year old, so they had to be about 5 or 6. A black boy and a white boy. They’re on a stage in front of an audience and there’s a noose hanging in the middle of said stage. XXXTentacion stands between the two, and then places the noose around the little white boys neck, walks away and begins to pull the rope as to hang the child. 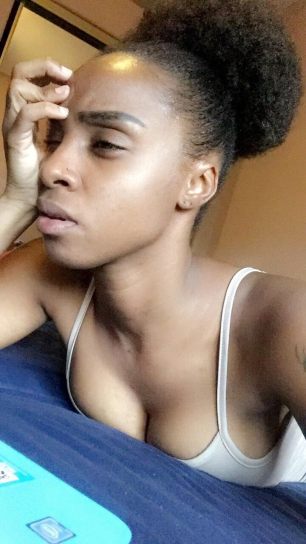 So first off, did I think that he was gonna put the noose over the black boys head? No, I didnt. Thats because when it comes to children, in my mind and in my heart, I dont see color. At all. They are innocent children. Now do I see color when it comes to adults, you damn right I do but thats just my honest opinion. Take it for however you deem fit. But all in all, my first thought wasnt which child he was putting the noose on. My first thought was is he really about to hang one of these babies!? And I thought that because like I said, my oldest child is of the same age range and then…who let their kids be in this video!? Like, I completely understand there have been child actors since the beginning of cinema and the arts. But if you think about at least our generation (and maybe our parent’s generation too) and how many child actors came out of the other side of Hollywood successful and not crazy as hell, there aint too many of them. Maybe Hilary Duff…Melissa Joan Hart…but the majority of the rest are living a dumb, devastating life. And I have A LOT of examples of that. So I really think that child actors that portray these controversial roles, it does affect them.

I’d be curious to know how much the parents were compensated for this. And I say that because, I see it so often on the internet where black people speak so eloquently about how terrible our history is and how our ancestors were treated. Hell, how are grandparents were treated and how we deserve reparations, this that and the other. We were being put on display for whole towns to see being “punished”. Do yall know these people gathered their whole families for these “events”…to witness a nigger being hung! And for minimal to nothing at that, just for being black. You fast forward to 2017, black people are now okay with their kids be hung for a check!? Then on my Facebook, I see people justifying it “if it has a message”…as if there are no other alternative ways to display that message without exploiting our children. This isnt a Cinnamon Toast Crunch commercial or the newest Nerf gun ad…this is explicit and derogatory acts portrayed by kids! And like I said previously, child actors are what they are but as parents, are there any lines we wont cross for our kids sake? How much money will we make off of our children’s talent and innocence because lets face it, they dont know any better.

There was SO much I had to say about this topic…so much that I cant even type it all up for you guys. So check out the audio clip below of my “Look At Me!” video reaction.

Whats your take on this topic? Would you let your child participate in something like this? Comment below and also check out the conversation on my Facebook page Carmen Roxanna “Unwritten TV”